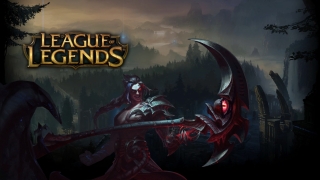 Confirming
To be able to start the League of Legends 5v5 in time it is important that every team makes sure that their subscribtion is marked as "confirmed" before 30-03-2018 22:00. We don't really want to but we are forced to forfeit the teams that fail to be confirmed before this point in time. To be able to confirm your team you have to make sure that all members have signed up at the team.

SeatNR and LoL Summoner Name
To make sure that everyone can be easily located we request all team captains to please complete your TP16 profile (http://tp16.lanergy.eu) with your seat number and your LoL summoner name. Without these details at atleast the Lanergy profile of the team captain you can not confirm.

Discord-Info
Most of the communication between admins and players will go through Discord. It is very important that the contestants have to be connected to #league_of_legends at the Discord server of this event.

Competition information
When a match has finished and both team captains have enterd/confirmed the score you can start the next match if the other team is ready. If the other team is not responding to your ingame invite or ingame DM please try to meet them at their seatnumber.

Starting times
The group stage has to be finished before 31-03-2018 10:00.
At the bracket stage the match times will be displayed. Please make sure you start the match at this time. If both teams agree it is possible to start a match before the listed match time.

Finals
Best of 5 with a lead of 1-0 for the upper bracket team
Our General Rules apply to all of our competitions.

!!!IMPORTANT!!!
During the competitions it is only allowed to pick champions that have been released more than two weeks prior to this competition.

In all cases the competition admin has to be informed.
It is up to the competition admin to examine the evidence provided, and then to either validate the game result, restart the game, or disqualify a team (for improper pause usage). The team captain, whenever possible, is responsible to gather evidence of the issue as proof for the adjudicator.
----------------------------------------------------
11. Disqualifications
All of the following may result in disqualification upon the competition admin's discretion:
* Any team accused and proved to be using any hacks, cheats giving them an unfair advantage in the game.
* Any team displaying poor sportsmanship or not following the Summoner’s Code
* Any team member using language that is obscene, foul, vulgar, insulting, threatening, abusive, libelous, slanderous, defamatory or otherwise offensive or objectionable; or promote or incite hatred or discriminatory conduct, in or near the match area, at any time.
* Playing without a full roster of five players
* Account Sharing: Summoners using the original roster’s summoner account with a different player playing
* Collusion: Intentionally feeding/throwing the game for the purpose of the other team winning
* Making use of any bugs, bots etc.

The games must be played back-to-back and cannot be spaced out over hours or days. Both teams are allowed 10 minutes from the Victory/Defeat screen until the next lobby should begin. If a longer pause is needed, this needs to be agreed on with the competition admin first.